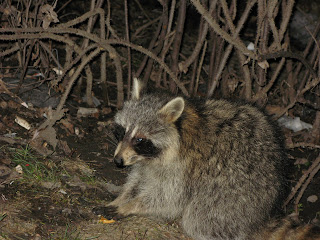 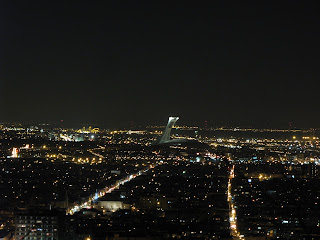 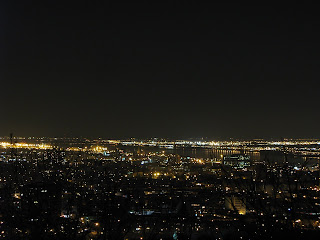 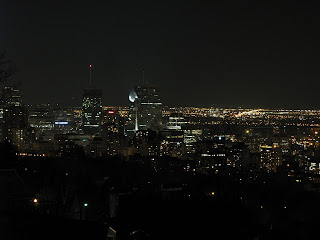 I took these picture when I was out for the evening with two friends on Mount Royal. We went to two of the three peaks of the mountain which overlooks the city, the one facing East with the view of the Olympic Stadium and one of the two that faces south towards the Downtown core. We went to the East side to visit the raccoons there and feed them. Only one of them was brave enough to come out that night though, because of a car alarm system that kept going off.

I just love taking pictures of the city at night, it's so beautiful and now that I finally have a tripod, I can do it justice :o) I hope you all have a great week!
Posted by Karine at 20:57