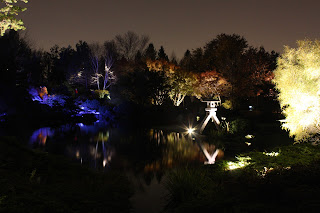 ...am thrilled to report that my Sweetheart is finally on his way home! He sent me an e-mail telling me so this morning. He was quite looking forward to his day in Amsterdam tomorrow where he will be on a day-long layover. He was also looking forward to leaving Matala since they were beginning to being victims of the weather there. Sweetheart told me that there were beginning to be more and more thunderstorms and that when there were, their work camp and bedrooms would flood. He also told me that their generator was hit by lightning during one storm and that since then they had fallen prey to frequent power outages and that they had spent two days without Internet (which is why I had not heard from him since Thursday), but more importantly they were often short on water and that therefore personal hygiene was beginning to be a problem. Yup, it was time for him to leave.

I have naturally been in an exceptionally good mood since reading his e-mail this morning, I could dance and sing I am so happy. As I told my Sweetheart the other day, I do okay when he is away, I keep myself busy, but when he is here, something in me comes alive. Nobody else has that effect on me, it really is quite exceptional. I try to describe it to people who ask me how on God's Green Earth I can handle being in a relationship with a man who travels so often and who, as I have mentioned on here before, is an admitted commitment phobic. It's simple: we make each other happy and have been constantly moving forward in the relationship, especially since he has moved back from Toronto. Besides, even though having my Sweetheart away is difficult, having him come home is always something wonderful. The expression 'absence makes the heart grow fonder' is not a myth folks, not if the two halves of a couple have a personality that is compatible with long-distance relationships!

Aside from that, I am currently listening to the soundtrack for the final installment of the Twilight movies and it is wonderful. Think what you will of the Twilight saga, the music that goes with the movies is often full of amazing music. As I have once again mentioned before, I enjoyed reading the Twilight books and I have also enjoyed the movies (in both cases they make a nice change from my usual movie and literary fodder, which is  more, shall we say, intellectual), but I am not, by any stretch of the imagination, a Twihard. Those people are pretty intense, which is why I have not seen any of the Twilight movies in the theaters. I would rather steer clear of all the raging young teenage hormones, I get enough of them giving tours to teens at work, thank you very much. I read the books way after they were released and have waited for the movies to be released on DVD to watch them in the comfort of my home, but always with my Sweetheart who enjoys laughing at them and waiting to see how long it takes Taylor Lautner (aka: Jacob) to go shirtless. Sweetheart keeps trying to get me to admit that I find Taylor Lautner hot, but I honestly don't think he is, he just isn't my type :oJ I'm sure he would be relieved to find that out, as are all the crazy teenage girls out there who dream of dating him. One less woman to compete with!