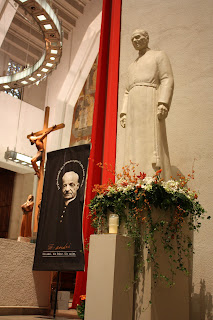 As you have more than likely noticed, I have not been around this week and last week was patchy. To make a long story short, my father has not been well since retiring in January. He did not have a gradual lead-up to his retirement as most people have and he had a very high-power job that he was very intense about, so when he suddenly had to retire at a rather young age (57), he took it very hard and became very depressed. He has always had a tendency toward depression and his retirement basically gave him a huge sucker punch. My family and I tried everything we could to help him out, from my calling him regularly and trying to get him to come out to the market with me, or take me fishing, or go for sushi, to my brother stopping by to have a beer with him and watch some sports, to my grandmother and my aunt calling him incessantly, to all of us being super positive about his retirement, including my Sweetheart who told my father at my birthday in February that he would retire on the spot if he could. Nothing worked and my father just sank deeper and deeper into depression until his condition became incredibly alarming. We were contemplating using major force to get him the help he needed when he felt so physically ill that he scared himself into asking for help. My aunt and uncle drove him to the clinic to see their family doctor and he bundled my father right off to the emergency room this past Sunday. He is still in the hospital and will be there for a while. We are all so relieved that he is getting the help he needs, but it has been an incredibly emotional week and I am still reeling from it. I know that today is Saturday, but the time between Wednesday and last night is just one huge melting pot for me, it all felt like one very long, long day because things all happened so fast. I am incredibly grateful to my Sweetheart, because I do not know what I would have become without him. I have either been with him or spoken to him every single day since Tuesday. He held me when I cried, listened to me when I needed to talk and made sure that I ate and slept as much as I was able to. Thank God this all happened this week while he was in town rather than next week when he will be away. I'm sure God saw all this coming and he purposely sent Hurricane Ernesto toward the Caribbean on purpose to make sure that my Sweetheart would not leave for Haiti on Tuesday this week as he was originally supposed to.

We're pretty sure that the worst is over now for my father. His physical condition is slowly getting better and he was finally able to get a private room in the hospital this evening (he had been in the very noisy ER since Wednesday). I spent the day with him on Wednesday and then went back to see him for the first time since then this morning. He was very drowsy and therefore confused, but much more conversational. I'm planning on going back to see him tomorrow and I will bring him some flowers and an image of Brother André  and the Oratory that I got for him at work yesterday to brighten up his room. My posting and commenting will more than likely continue to be sparse, but I'll try and get back into the swing of things this week. It will depend on my mood and on how my day has been. This whole situation will take some getting used to because even once his body is better, it will take quite some time for my father to get over his depression. If any of you have ever dealt with a family member or a friend who has been severely depressed, I could really use some pointers on how to help my father through this. He has been down before, but has always bounced back. This time is different and I'm worried that even once he's home I will always be afraid that he is going to become depressed again and how we will be able to keep him from sinking so low again if he does. He wouldn't let any of us into his house. He never really was big on visitors, so we didn't think anything of it until he stopped coming out to see us.

If you could all pray for us and send us positive thoughts, my family and I would greatly appreciate it.