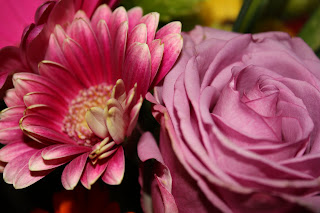 Today I...
...am sharing these photos of the two bouquets I got at the end of my concert at the Oratory today. One was actually meant for me and the other was our organist's. He gave his bouquet to me though, telling me that since I worked so hard and that he didn't have a green thumb to save his soul and would probably kill his flowers in not time flat, that he figured I had better have them. 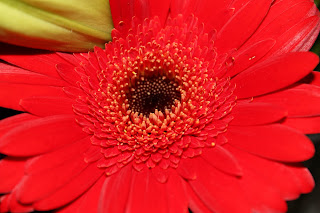 ...am happy to report that the concert was a success. We had between 500 and 600 people in the church, we sang very well and people were very pleased with our performance. 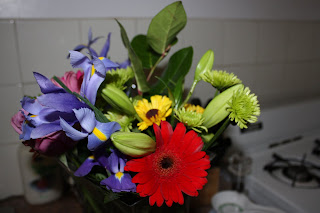 ...was so very happy with the whole thing until I realized the friend who had said she would come to my concert wasn't there after looking all over the first floor of the Oratory for her...twice. It turns out that she had a relapse of a bad cold after going out to dinner with my mom last night and opted to stay home. It kind of took the shine out of the day for me because while singing at the Oratory was my dream, it would have been wonderful to have had at least one person to share the day with. Now I'm hoping to be able to give another concert at the Oratory one day and have just one person there for me. Just one, that's all I need.
...was so happy to find a little message from my Sweetheart in my inbox when I got home. 'Bon concert, A.' in other words: 'Good luck today, A.' It made me smile and touched me and made me feel like he was there with me even though he couldn't be there physically.
Posted by Karine at 22:31