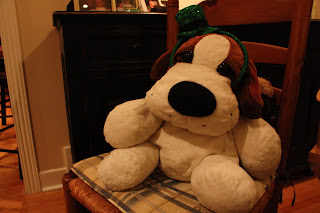 ...am glad that I enjoyed yesterday, because today has not been a very cheerful day. I spoke to my Sweetheart this morning for only the second time this week only to find out that he is leaving for Haiti on business on Tuesday night and will not be back until Sunday and we all know how much I love it when he goes down there. I also found out that he did't take the time to read any of the e-mails I wrote to him this week, except for the one he answered telling me that he wouldn't have to take vacation time if he ended up leaving for Haiti this coming week. Otherwise, with his taking a class and his cousin being in for a visit from England, e-mails took a back seat. Anyhow, the trip was not entirely a surprise. He had told me during our six and a half minute conversation on Tuesday that the aid organisation that he is going over to inspect buildings for wanted him to leave this past Wednesday, but because of his class and his cousin visiting, he couldn't very well leave then. The organisation asked for his next possible availability, which was of course this coming Tuesday, the day his cousin returned to England. She's leaving in the afternoon and he's leaving in the middle of the night between Tuesday and Wednesday and coming home Sunday night so he can get up and begin another class on Monday morning. I am finding this very hard to deal with. I want to be with my Sweetheart so much that it hurts, but our schedules have been so packed since the beginning of February that it's only been getting harder and harder and I'm just about ready to climb up the walls because it's driving me nuts. We had better be able to go on vacation together in a month or two, otherwise I don't know what I'm going to do.

...got out to the grocery store and enjoyed walking in the warm sunshine. It got up to 23 Celsius degrees today, which is highly unusual for this time of year.

...put together some mushroom and Merlot chicken in my crockpot. It smells heavenly and will make a nice supper for me at work tomorrow and a few more meals beyond that.

...got up thinking I would get ahead on the new book I downloaded onto my reader late last week after finishing 'The Language of Flowers', but just wasn't in the mood for it. 'The Language of Flowers' was so wonderful to read that I'm having trouble getting into my new book. That and as I mentioned, I'm really not feeling so hot today. I'll try and read again later on before going to sleep and see if I can get roped in by my book then.

...am not ready for the weekend to be over. I could use another day off, but starting at 1:30 P.M. tomorrow will have to do. 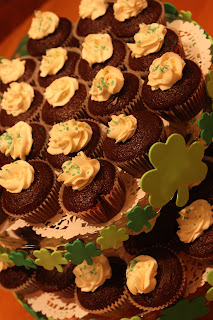