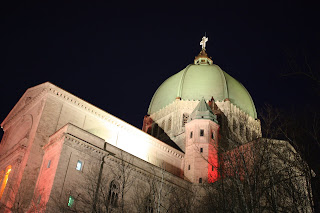 Today I...
...am popping in with a quick post and am sharing a self-explanatory photo with you :o)
...am tired, but not nearly as much as yesterday.
...am glad that today was a far less brutal day than yesterday, when we had two elderly ladies take nasty falls in the escalators. both of them ended up leaving in ambulances. I also got held up by a choir that I had to take care of because they ended up staying way later than they were supposed to. They had been delegated to C, but she was finishing at 4:30 P.M. and the choir was still up with the organist at that time so they became my responsibility and they didn't leave until 5:15 P.M. By then I was way behind in my stuff and I ended up finishing everything at 7:00 P.M. on the dot and had only stopped for 45 minutes all day. I was so tired by that point that I felt like crying.
...spent most of the evening with my Sweetheart. We're getting together again on Monday for the day, I'm going to help him do some work on his condo and then maybe we'll go to the movies :o)
...am waiting, along with my Sweetheart, to see what will happen in Japan before we decide the fate of our trip to Hawaii. We both really want to go to Hawaii, but it's a stop on his trip that is way out of the way if he doesn't got to Japan. We are looking at three options right now: he cancels the whole trip and we got for a closer to home vacation, we spend two weeks in Hawaii and island hop or we go to Europe instead. Right now it's a waiting game for one more week and we will keep talking about the options while we wait.
Posted by Karine at 22:01