Over the Christmas Holidays I... 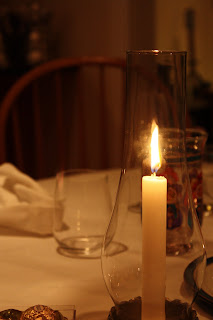 Over the Christmas holidays I...

...Gave some gifts that were very much appreciated, like this black-faced sheep I got my aunt. As you can see from the pot, she loves black faced sheep. 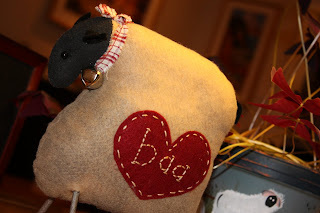 ...ate a lot, below you can see the mussel soup we had as an entrée for Christmas dinner at my aunt's. I got leftovers of this and they didn't last me any more than a day, it was amazingly good stuff. 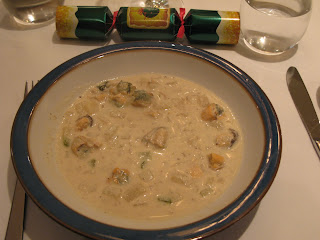 ...had some serious fun with the new Canon EOS Rebel XSi my dad got for me, check out how bright and crisp this picture came out!!! 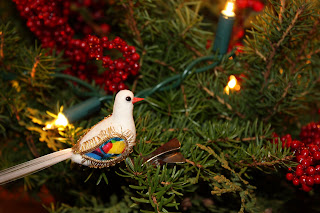 ...was spoiled, very, very spoiled. Not all those presents were for me, by the way, but it gives you an idea of how big on gift giving my family is. The stuffed dog, by the way, is named Rumples, and he belongs to my aunt and uncle, he's a quintessential part of family gatherings. 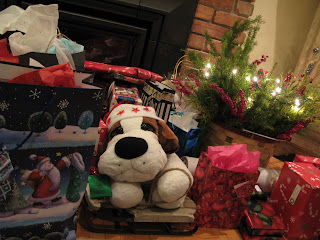 ...spent lots of time with my grandparents who were visiting us for Christmas from South Carolina. They are Canadians, but have been living in the US for 13 years now and have moved from California to Florida and just this past October, from Florida to South Carolina. They spend Christmas in Montreal once every two years and the other years spend it with our family in Toronto.

...read at a church service for the first time and quite enjoyed it.

...could have used an extra day off before going back to work, but that's okay, I get two more days off this week anyhow.

...had a panic attack out of the blue on Christmas morning that I really could have done without, especially since it hit after only four hours sleep. I have no idea why it happened, they only other panic attack I ever had was due to an allergic reaction to the birth control pill three years ago.
Posted by Karine at 21:38

Email ThisBlogThis!Share to TwitterShare to FacebookShare to Pinterest
Labels: camera, Christmas, Today I...