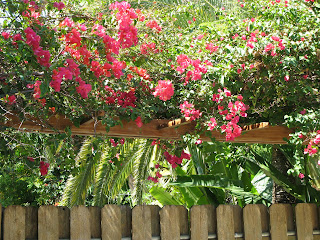 ...meant to post more often and share more photos than I did, but I felt like crap. No emotionally really, not past Tuesday anyhow, but physically. Holy heartburn, Batman!!! I had never had any before and then this week all of a sudden, whamo! It really sucked and I slept rather badly because of it and because of that I had very little energy or desire to post at night, so I apologize for that.

...was pretty darn busy at work since C was still on vacation. She's not coming back to the office until Wednesday and I hope she comes back in fine form.

...gave a tour and a few interviews to a camera crew from a Quebec-wide news agency with the rector of the Oratory yesterday. It was lots of fun and helped me get my mind off of the searing pain beneath my sternum.

...found out that Gaviscon really does work well. My heartburn has been slim to none since I started using it last night. Ah, blessed sleep, I was glad to encounter it again.

...told D that it was okay if he left work this morning when a family emergency came up, since it was a quiet day. Oops...it wasn't so busy anymore once the afternoon rolled around. I had to pull a tour guide who had just done double duty by heading down to our inn to help make the beds out of lunch and ask him to please eat in the information booth so that the tour guide there could go and do the 1:30 P.M. English tour. Good soldier that he is, he did it without too much complaint...especially after I told him that he would be paid an hour's worth of overtime for his troubles.

...bought part of my repertoire for my choir's Christmas concert off of iTunes and am thrilled to share this video of part of Morten Lauridsen's Lux Aeterna with you. I can't wait to wow our audience with it. What do you all think of the piece. I was hoping to find a video of a choir actually singing it, but none of the choirs I found videos of were quite up to this one, which is the Los Angeles Master Choir and exactly the recording I have.
Posted by Karine at 22:49

Email ThisBlogThis!Share to TwitterShare to FacebookShare to Pinterest
Labels: choir, This week I..., work