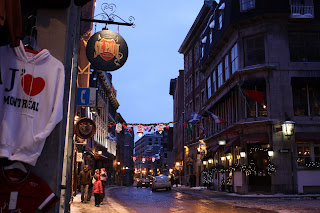 ...had a bit of a slow start because of a migraine. It was the first one I'd had since the end of November and it was rather persistent, so I ended up taking some Tylenol Ultra Migraine for it. It numbed the pain, but the caffeine in it did a number on me.

...ended up feeling well enough at the end of the afternoon to go for a walk in Old Montreal to take some pictures.

...saw two pigeons who seem to have made Place-d'Armes Métro station their home. 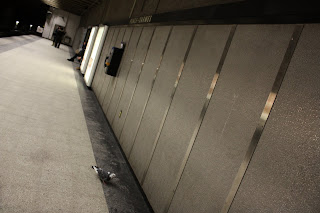 ...had a bus driver on the way home that looked, I kid you not, like Weird Al Yankovich...and drove like I imagine Weird Al does too.
Posted by Karine at 21:34